I will be sharing all about Battlefield 2042 Season 2: Master Of Arms Release Date, New Map, Weapons, and more. If you are a fan of Battlefield 2042 game, you are on the right page. Here you can read more about this game. I hope you enjoy this report.

Battlefield is arguably one of the most famous FPS game series with a total of 11 titled games and numerous expansion packs. The most recent version of the game, Battlefield 2048, was released in November 2021 and was the developers’ first attempt at creating a cross-platform game.

Also check – TikTok can track everything you type on your phone

Unfortunately, the game did not perform so well and received a mixed review from critics and a negative response from players due to glitches, lack of features, etc., but it managed to sell more 4.3 million copies in the first week.

However, that was in the past, and now the developers are eager to release the next iteration of the game, Battlefield 2042 season 2.

Battlefield 2042 Season 2 is named Master of Arms and will be published on August 30, 2022, officially confirmed by EA and Dice. This next iteration of the game will have an all-new map with infantry-focused gameplay, cool new weapons, a new specialist, and dozens of other amazing features. Along with the release date, EA also released a trailer which you can see below.

Also Check – AirPods Pro 2: Everything We Know So Far

Battlefield 2042’s Season 2 map is called Stranded, which takes place in the Panama Canal, with an entirely drained desert lake. The trailer begins with a voiceover followed by players fighting around and inside a beached container ship named “STARG”.

In the trailer, we see a new specialist, Charlie Crawford, with a mounted fixed minigun, which can be planted at any time and controlled by any soldier on the battlefield. Besides that, it can also revive players and recharge their gadgets and ammo.

Speaking of what’s new, Battlefield 2042 season 2 is going to have a bunch of new vehicles, weapons, and other stuff. Let’s start with the weapons –

Battlefield 2042 season 2 will have three new guns which include – 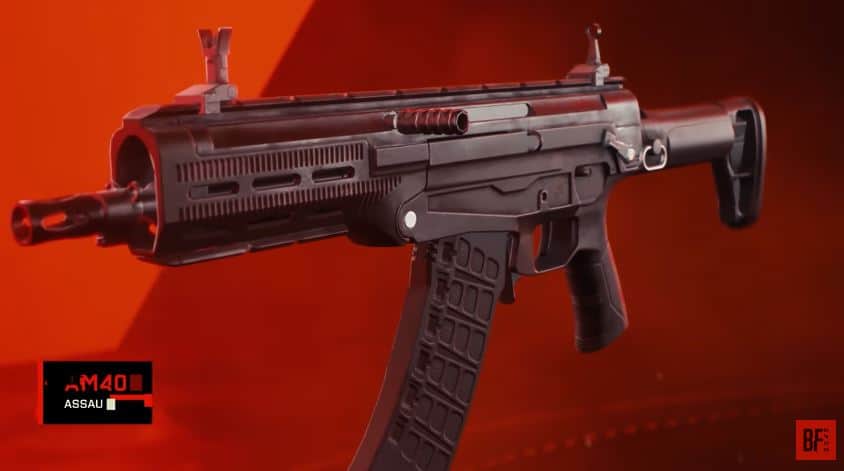 In addition to this, the game will have concussion grenades which can help you confuse your enemies temporarily. 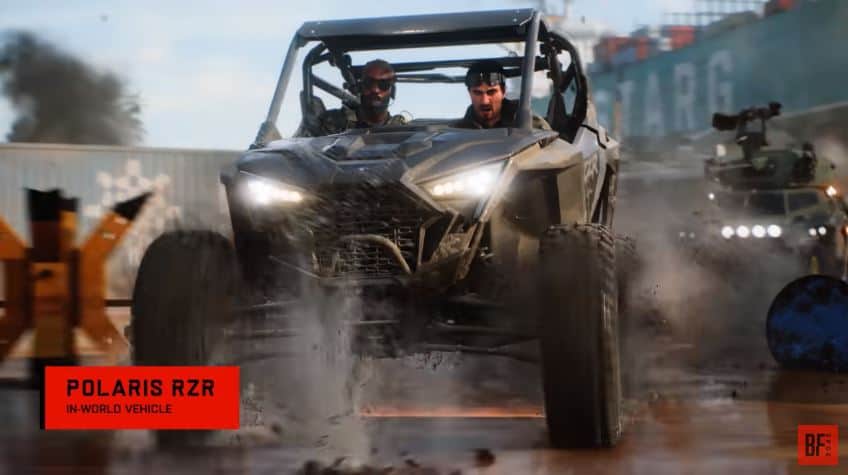 Additionally, Battlefield 2042 season 2 introduces a new feature named Homework. However, this feature is not new in concept, as it will only track your progress and allow you to unlock new weapons that were only available on the Battlefield portal.

Currently, only two weapons can be unlocked, including M60E3 and M16A3, but Battlefield has promised to add more in the future. Besides that, this assignments feature can also be used to unlock vehicles, weapons, and specialized characters from Season 1, which is the best thing, in my opinion.

What’s more in the game?

The game developers understand that due to their new experience, the game had to struggle. However, the developers have stated that “They learn from the difficulties and will apply those lessons to improve the next Battlefield game.”

They even released a reworked version of the Kaleidoscope map, saying, “Kaleidoscope has been reworked to provide improved gameplay flow with new cover assets, flag positions, terrain elevations, and visual updates to multiple locations on the map.”

In addition to this, the game studio also announced their plans for the Season 3 update saying, “The arrival of Specialists in Battlefield 2042 has been polarizing. We heard you. So, in Season 3, we’ll be moving Specialists into the classic, familiar Battlefield class system.”

Alexia Christofi, the game’s producer, further added, “They will have traits available to all Specialists of a given class, with existing open gadgets and throwables distributed across classes to match their role.”

Final Words – What do you think of Battlefield 2042 Season 2?

Battlefield 2042 Season 1 disappointed me, and I’m looking forward to Season 2 with hope. The trailer and stuff so far looks pretty promising, and most importantly, it looks exactly like what we’re used to seeing from Dice and EA.

That said, I end this article here. If you have any questions, feel free to ask them in the comment section below. Our team will try to respond as soon as possible.