Communities west of Okanagan Lake that were scorched by the White Rock Lake Fire last summer are at high risk of flooding and debris flows during the upcoming spring melt.

The 143-page report prepared by Clarke Geoscience Ltd. focuses on the six watersheds and streams that descend and cross the burn area into Okanagan Lake.

The results of the study revealed that all six watersheds have been impacted to some degree and there are 20 areas of descending cones with a ‘high to very high’ risk of impact during the spring freshet.

“On larger watersheds, such as Whiteman, Naswhito and Equesis, there is a moderate to high level of risk associated with high peak flows (flooding) and sediment swelling (debris flooding),” the report says. report.

Smaller watersheds such as Newport, Irish and Bradley Creek have high hazard levels associated with sediment-laden flooding and debris flows.

“There is a similar high level of risk associated with sediment-laden flooding and small-scale debris flows for small gully-faced units in the Newport Creek area, south of Naswhito Creek, and for the Killiney Beach area. “, continues the report.

The high severity of the fire in many areas means soils are likely to become hydrophobic – water-repellent – and unable to absorb rainfall or melting snow. 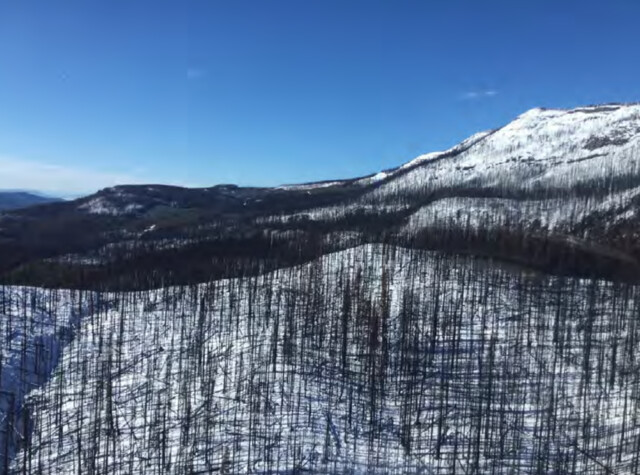 The detailed report makes a number of recommendations for the various areas affected by the fire, including raising public awareness of the dangerous situation through public meetings.

The report also suggests that Westside Road is at risk this spring at major water crossings.

“Closer to the start of the spring freshet, heavy equipment and operators should be put on standby, ready to respond on short notice,” the report recommends.

Other areas like Newport Creek, south of Naswhito Creek and areas of open slopes in the Killiney Beach area should see assets protected by sandbags. Ditches and culverts should be inspected urgently before melting.

In the Estamont sector, the slopes are unstable and the mineral soils are exposed.

“There is a high probability of sediment reaching Beachwood Road, downstream properties and Okanagan Lake,” the report said.

There are also warnings about the impact on position on Okanagan Lake from byproducts of burned homes and infrastructure.

“There is a risk of release of contaminated substances associated with damaged septic tanks, fuel oil storage tanks or other household appliances,” the report said.

The DRCO endeavors to respond to urgent recommendations, where they fall within its competence, according to documents on the board’s agenda this week. The OKIB and the RDNO will have to take similar measures in their own regions.

The RDCO Board of Directors will discuss the report’s findings on Thursday morning.

You can read the full report here. A report focusing on burnt areas within the RDCO is here. 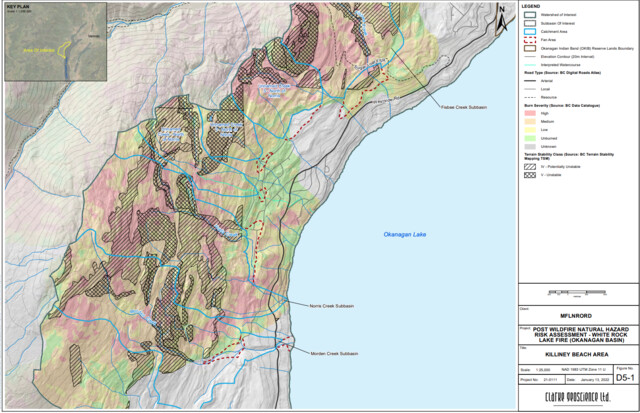