Severe acute respiratory syndrome coronavirus 2 (SARS-CoV-2) infects cells by binding to angiotensin-converting enzyme 2 (ACE2) sites on epithelial cells. This is mediated by the spike protein, which consists of two subunits, S1 and S2, which must be cleaved by a host protein before becoming functional. S1 contains a receptor binding site (RBD) responsible for ACE2 binding and cell entry, while S2 mediates membrane fusion. Mutations in the spike protein, often in the RBD, are among the most significant changes observed in new variants. Researchers at the University of Colorado’s Anschutz Medical Campus studied the changes to the Gamma variant caused by three RBD mutations.

A preprint of the group study is available on the bioRxiv* server.

Study: SARS-CoV-2 offers a perfect recipe for disaster: each mutation plays a specific role in the evolution of the variants of concern. Image credit: NIAID

The researchers first examined the effect of the three RBD mutations found in the Gamma variant on antibody expression, stability, ACE2 binding and leakage. Single, double and triple RBD mutants of these three mutations, K417T, E484K and N501Y, were created. These were expressed in Expi293 cells alongside the wild-type RBD, allowing them to move through the endoplasmic reticulum where misfolded proteins can be cleared. The mutations dramatically changed the amount of protein secreted by the cells. K417T was found to increase the final titer by 70% over wild type, and E484K decreased it by 60%. N501Y reduced expression by 20%. When double and triple mutants were studied, these effects were found to be additive. Mutants that included K417T almost always showed higher expression, with K417T/N501Y increasing expression by 40%, K417T/E484K and the triple mutant increasing expression by 10%. When E484K and N501Y were together, expression was decreased by 80% and the protein could not be purified.

The scientists used circular dichroism, a form of spectroscopy, to study the effects of these mutations on the secondary and tertiary structure of the RBD; however, they found that none of the mutants showed significant differences in structure.

Thermal and chemical denaturations were used to study the stability of wild type versus mutants. More stable proteins can resist more deleterious mutations and persist longer in the viral pool. Thermal fusions showed the wild type Tm to be 56.1 ± 0.7C. N501Y slightly decreased this, but not significantly. K417T increased thermal stability at 59.3+/-0.2C, showing similar values ​​for double and triple mutations. E484K has decreased thermal stability to 52.3+/-0.5C. Again, the stability changes were found to be additive, with the double mutants showing values ​​that were roughly the average of the two initial mutations. Chemical denaturation was carried out using urea and tested by fluorescence spectroscopy. The free energy change upon unfolding for the wild type was found to be 8.1 kcal/mol. The same pattern was observed for thermal stability, with K417T increasing stability, while the other two mutations reduced it. However, unlike thermal stability, this effect does not appear to be additive, with the triple mutant showing the least stability overall. 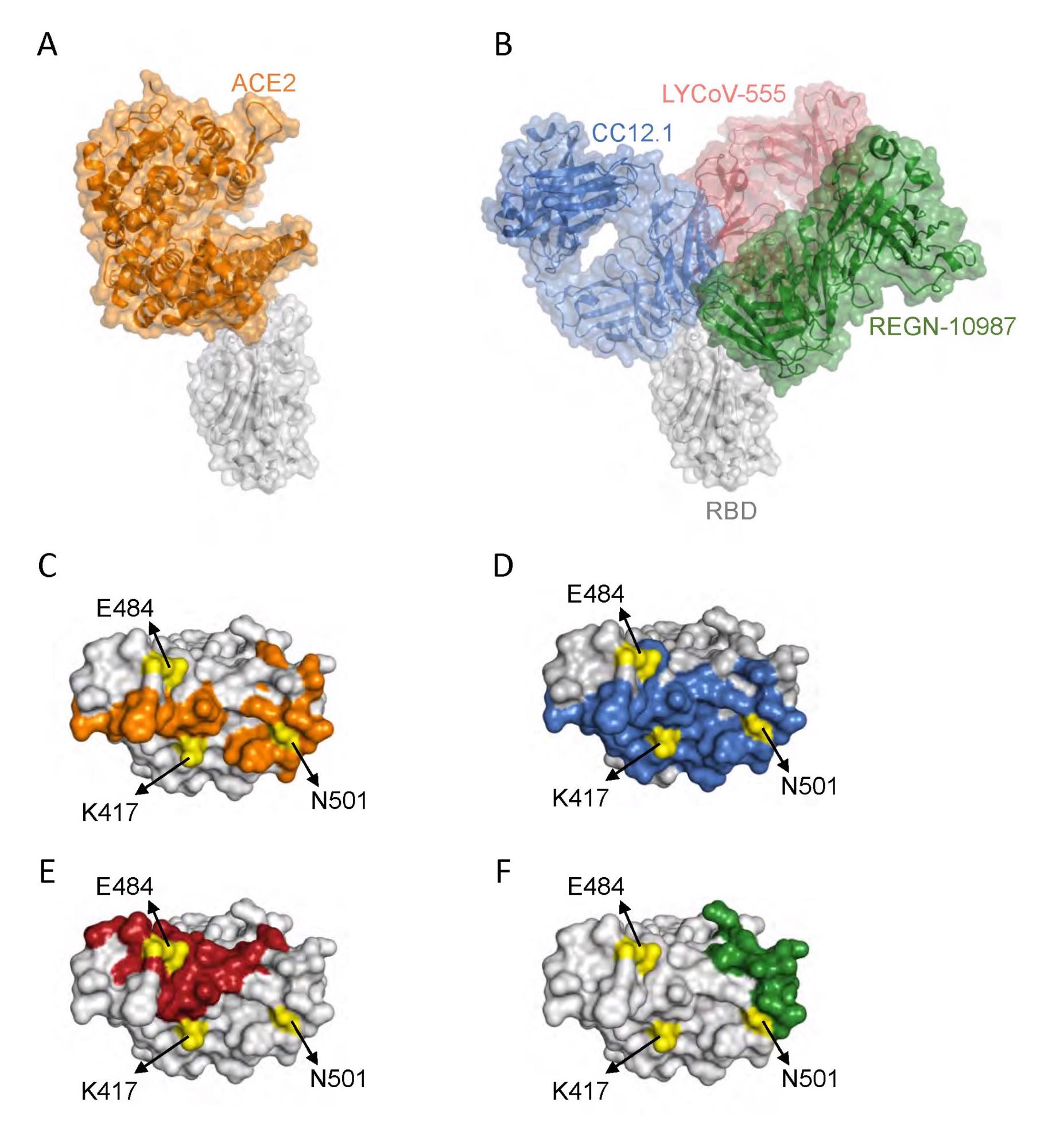 Following this, the researchers attempted to determine the binding affinity of RBD mutants towards ACE2 using isothermal titration calorimetry. Wild type showed a dissociation constant (Kd) of 10.0 nM. N501Y improved this, showing a Kd of 3.4 nM, while K417T and E484K both decreased binding affinities to 32.5 nM and 51.5 nm, respectively.

The authors suggest that K417T may provide more protein for viral assembly, providing a fitness advantage by increasing transmission and primarily conferring the variant’s ability to evade class I antibodies. E484K is significantly more important in evading to class II antibodies, while N501Y enhances ACE2 binding. While each of these mutations also results in potentially disadvantageous changes, all equally have the potential to increase disease transmission and severity. This study could help inform drug developers and epidemiologists and identify the exact changes that mutations confer on different variants.

bioRxiv publishes preprints of articles that have not yet been peer-reviewed and should not be used to guide clinical or research practice.

Challenges in treatment selection in LGS